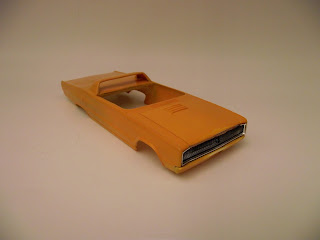 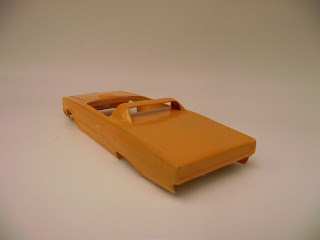 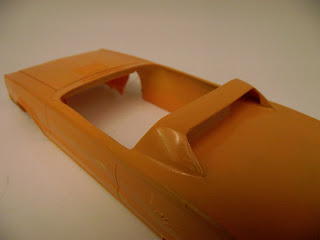 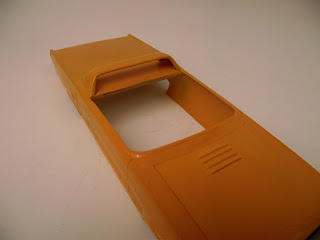 In between website and accounting work, I made a little more progress on my Coronet Roadster Concept Car. This is a phantom (what if) idea I had years ago to make a big roadster much like the 1964 Dodge Charger Roadster Concept Show Car or the 1968 Supercharger Roadster Show Car. I did a Photoshop poster of the idea and now am building a 1/25th scale model. Still needs extensive sanding and putty work but getting there.
Posted by D.A. Sebasstian at 11:57 AM No comments: 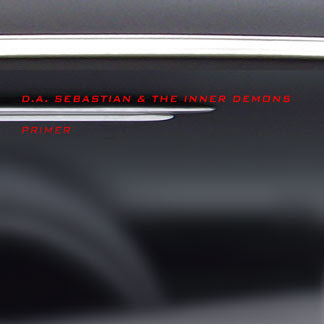 Purchased a cheap student model trombone (Etude Series Student ETB-100 for $149.00 at Amazon) to blast out some tracks with on my next album. My old King 2B has a severely dented slide and still sports the flat black spray paint I put on it back in the late 80's (which doesn't help the tone).  I want to try and do some moderate horn arrangements for the next D.A. Sebasstian & The Inner Demons CD. If I get the t-bone multi-tracked, then I can hire a sax or trumpet player to finish the sections. I am thinking two trombones a sax and a trumpet for the live band. However two trombones can do alot of horn damage.
Posted by D.A. Sebasstian at 9:26 AM No comments:

Email ThisBlogThis!Share to TwitterShare to FacebookShare to Pinterest
Labels: trombone 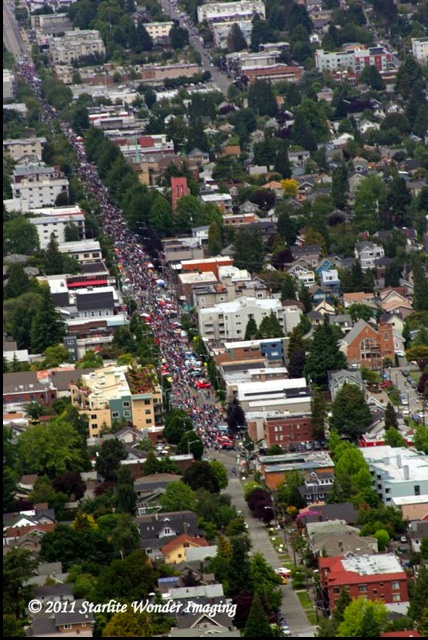 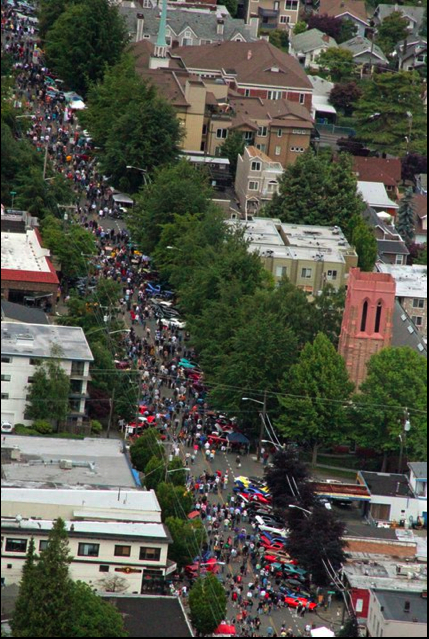 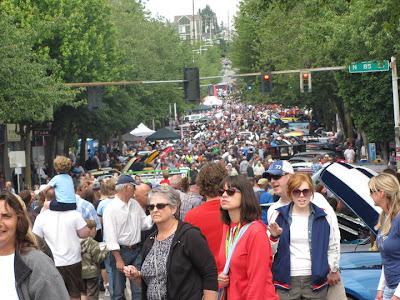 Had a blast yesterday at the Greenwood Car Show. We set up our Go-Kustom vendor booth early in the AM selling bucket loads of Rat Rod Rockers! and Hot Rod Girls Saves The World DVDs, shirts and posters. One of the promoters said they had over 850 cars and broke last years record for attendance.
Posted by D.A. Sebasstian at 6:42 PM No comments: 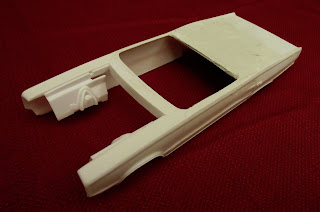 Did a little putty work and sanding on a 1/25th scale 1967 Dodge Coronet Roadster Concept I am building. I had done some artwork of one a few years back and really dig the look of the large roadsters that were popular in the mid sixties on the Show Car Circuits. Eventually I want to build a full size car.
Posted by D.A. Sebasstian at 6:34 PM No comments: 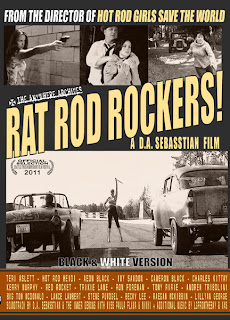 When I was originally editing Rat Rod Rockers! I came very close on several occasion to making it's initial release in Black & White. I love high contrast B&W and most of my favorite films are void of color. Ultimately I decided to go with a muted color on the initial release, which has played very well and now has been seen by thousands of people in the few short months it has been in Festivals and on DVD. The new colorless version also has some corrections and additions to the end credits. I finished this new DVD case cover art yesterday afternoon and I think it will be distinguishable enough from the color cover, so people won't accidentally buy the wrong version.
Posted by D.A. Sebasstian at 11:14 AM No comments: 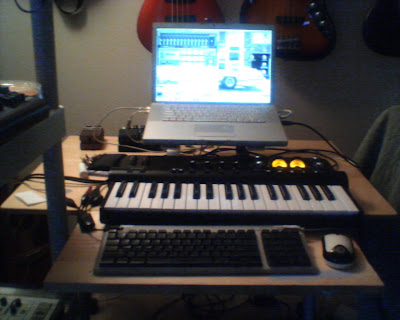 This is my new home set-up for recording. I have my mixers and outboard gear out of frame on the left on a big shelf. I added a second keyboard to the laptop so my typing area would be in front of the piano keyboard.
Posted by D.A. Sebasstian at 9:23 PM No comments: 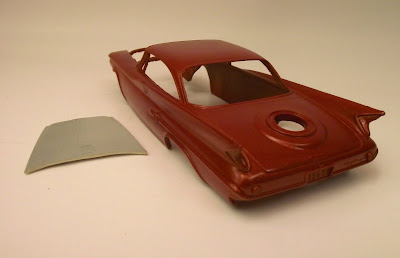 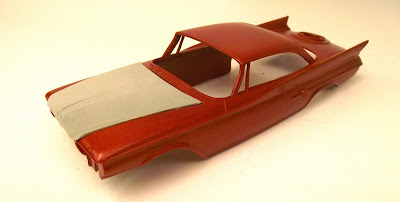 1960 Chrysler 300 in 1/25th Scale Resin I just started working on. I really like the color. Fit of the parts is horrible. I am going to glue the hood into the body, as it is so off in size.  Not sure if I am going to do this one as a gasser or a kustom. More than likely kustom.
Posted by D.A. Sebasstian at 10:15 AM No comments: 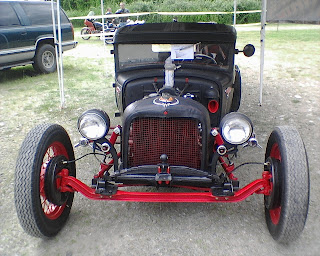 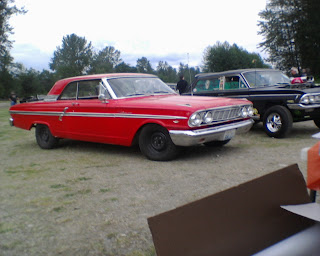 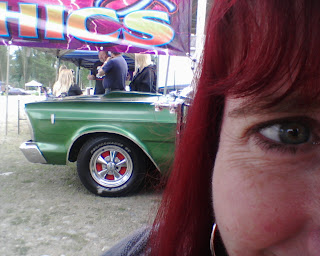 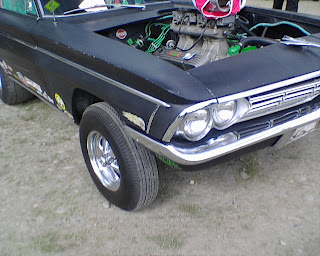 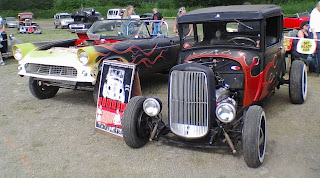 Go-Kustom (me and my wife) went out to the Slaughter House Car Show (put on by the Rat Bastards Car Club) yesterday to sell our films and music and show a movie after dark on my out door projection system. The weather was decent and the turnout was about 72 cars (almost double the number of last years show).  We got to hang with many of our friends, some we see at many different car shows. After dark we showed American Graffiti on my projection system on one of the massive open white walls of the Monroe River Valley Farm buildings. We screened American Graffiti instead of Rat Rod Rockers! was because most of the evenings remaining patrons already owned copies of the Rat Rod Rockers! DVD. We got home around 1 AM. A good time.
Posted by D.A. Sebasstian at 1:54 PM 1 comment:

Yesterday At The Beach 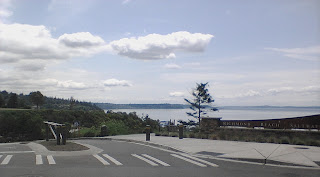 Dropped the wife and her School Class off at Richmond Beach yesterday. They were filming sections for a multimedia play they are doing on The Little Prince book. This was the view driving down the hill to the beach parking area. Sometimes the Northwest kicks your vistas ass!
Posted by D.A. Sebasstian at 10:08 AM No comments:

Well ya can't win 'em all. We had about 20 people show for our Wednesday screening of Rat Rod Rockers! at the Central Cinema in Seattle last night. I know it was an off night, being mid week and we started screening at 9:45, but I expected a few more butts in the seats. Especially after the 351 bodies at our Seattle Premiere and the 426 patrons at out World Premiere. Thanks to the Rat Bastards Car Club, my sis and cousin (who also plays Harold Milldue in the movie) who made it out as well as the hot rod curious who, like me and my wife,  are probably dragging at work today from a lack of sleep. Promoting a Hot Rod Film at Car Shows is almost effortless- promoting to the festival community is a little more work. Also the free screening we are having at the Slaughter House Car Show this Saturday probably didn't help the turnout either. We did get mention in the Seattle Times, which may give the film some press traction further down the line.
Saturday we are setting up my 20x10 outdoor projection screen and showing Rat Rod Rockers! Drive-In Style. People seem to love the mini drive-in setting. Maybe some free in city outdoor wall screenings? That might be an idea whose time has come.
Posted by D.A. Sebasstian at 8:55 AM No comments: 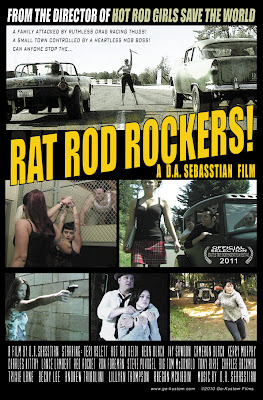 Made a few more adjustments to the new Rat Rod Rockers! movie poster including adding our STIFF laurels.
Posted by D.A. Sebasstian at 11:54 AM No comments: 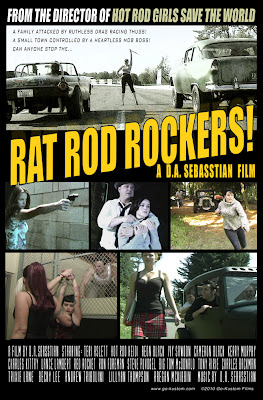 Made a modified version of the Rat Rod Rockers! movie poster today, minus the middle date, time and location sections we used for the World and Seattle Premiere posters. I wanted to add pics of Cameron, Charles, Raegan, Ron and Aeon to the poster.
Posted by D.A. Sebasstian at 7:02 PM No comments: 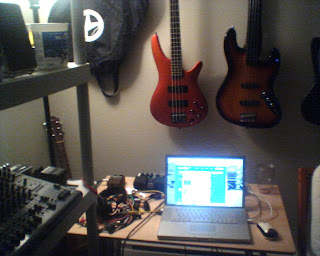 In an effort to have a portable studio set-up, I have based my new studio around my laptop. I have peripherals (mixers, outboard gear, mics, etc) at home and in my studio spaces. I have various rooms now set for different sounds and reverbs with the flexibility to work almost anywhere, I am still waiting on a Line 6 POD Studio KB37 to use as a usb audio and note data input device for my laptop. So I have an open table at home (the corner) and an open table in the studio space to instantly plug in and set up the laptop studio. I can only hope this makes me more productive 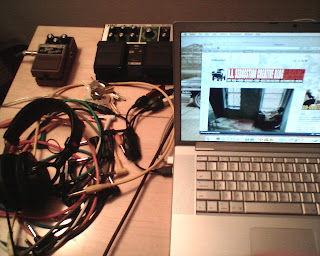 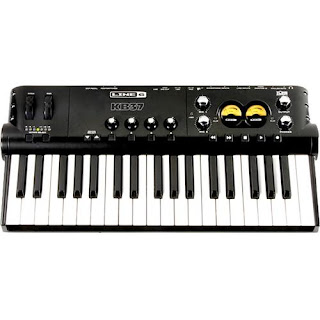 Been watching with excitement as our Rat Rod Rockers! film gets out to the public. This is the first film we have set up immediately on Amazon as an Instant Video download/rental, simultaneous with the physical DVD release and initial ad campaigns. We are seeing first hand how strong the V.O.D. (Video On Demand) or Instant Video services have become. This week downloads and rentals have outsold physical DVDs more than 10 to 1 !  This is Amazon Instant Video sales versus Amazon DVD sales and other website and store DVD sales. I think the key for us has been getting links to the Amazon Instant Video pages on the front page of the Rat Rod Rockers! website immediately We just had a spat of positive reviews of the film in big national magazine and when people go to view our films website, they can watch the film instantly, save it, burn it, and keep it indefinitely (if purchased and not just rented) or just rent it to watch immediately. Our family own a Roku device that we use for our Netflix, Hulu, Amazon etc. accounts viewing on our TV. The quality is just as good as putting a DVD into your DVD player and the selection is getting bigger all the time. I also dig all the strange stuff you can watch on the Roku, kinda like international public access television.
Amazon is also getting many first run films up online before Netflix does. I know this has to do with licensing. Personally I think Amazon is a much stronger company and should be the one to go to for Instant Video. Still options give the consumer more choices and there is nothing wrong with that.
Posted by D.A. Sebasstian at 12:47 PM No comments: 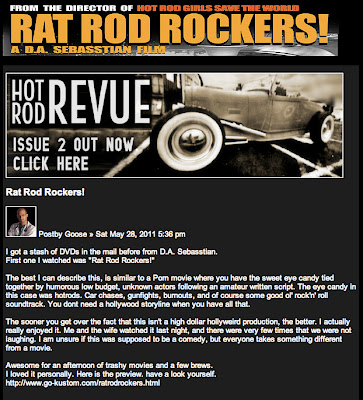 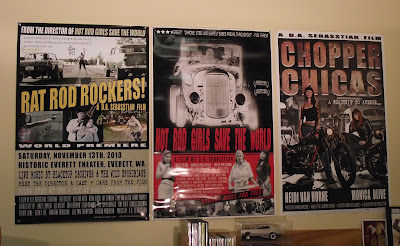 Got a test poster for my forthcoming film Choper Chicas in the mail yesterday. Had to put it with my other two films on my studio wall. I still need to do one for Evil Undead Girlfiend-:The Re-Animation Of Issa Kross. Chopper Chicas is on the front burner now tho. I think I am developing a poster graphics style.
Posted by D.A. Sebasstian at 5:29 PM No comments: