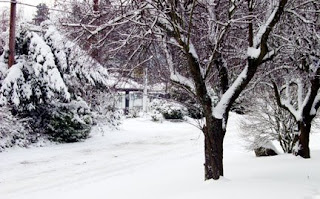 More snow yesterday. Our cars are trapped behind a three foot snow bank created by recent passes of the Snow Plows. So my wife and I went on foot to Safeway last night to buy the kids their stocking stuffers and rent a few movies. We rented the new Death Race- an excellent film, but it should have been called Twisted Metal Armageddon Prison. It had nothing in common with the original Death Race 2000 plot wise, other than the main characters pseudonyms of Frankenstein and Machine Lots of cars with guns action and even a cameo Mopar Billboard sign. Looks like Ford and Chrysler sponsored the film. I also started work on my new D.A. Sebasstian & The Inner demons CD. This one is a Punk, Blues and Surf mix that should be out sometime next year. I intend on using some of the tracks for my next film that we hopefully shoot next summer.
Posted by D.A. Sebasstian at 3:08 PM