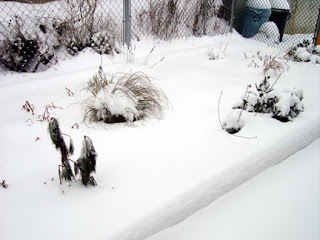 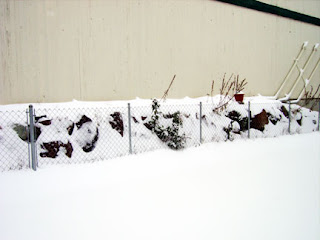 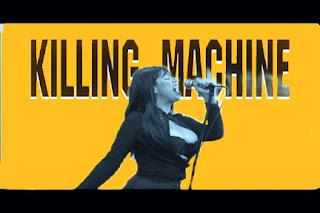 Another night of snow in North Seattle- around seven solid inches of the white stuff. These two pics were taken from just outside my Recording Studio. Also got some time in on the new KsK music video for Killing Machine featuring vocalist Super Amanda. This song is featured prominently in Hot Rod Girls Save The World and the music video will be on the Special Features Disc of the Second Edition version of the film.
Posted by D.A. Sebasstian at 12:07 PM

WOW!!! We were thinking about you last night when we heard the news about Seatac being snowed in. Those are incredible pics. The kids must be having fun though as well as your Alaskan husky!:)