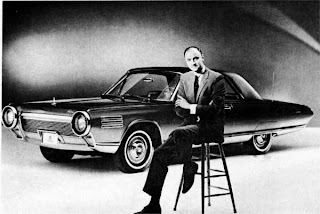 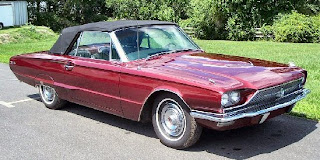 Ever have one of those "why do I like this," internal questions? When you figure it out- it can be a self defining epiphany. A few years ago I was trying to figure out why I had jumped into Punk Rock back in 1981 through exposure too (of all bands) The B52s. Through a long process of self musical analysis, I found that my earliest "musical discoveries" were from two major artists records. Dick Dale & The Del Tones and Henry Mancini's Peter Gunn. These records were in piles under an old turn table my Mom's Boyfriend had in the living room. When I was ten and after listening to most of the dozens of records in those piles I stumbled uppon the Dick Dale "Surf Beat" and the Henry Mancini soundtrack to "Peter Gunn," I grabbed them as my own. These records were never listened too in my house and were part of a larger collection of rotting memorabilia my Mom's Boyfriends Parents had amassed before their early deaths. Anyway- years later I was in an arts supply store buying paints for a 427 Ford Cobra poster I was drawing for extra credit in my High School Drafting Class, when I heard this strange music coming from the stores speakers. It was in fact the B52s song "Planet Claire," a surf inspired tune based heavily on the Henry Mancini Peter Gunn Theme. I was instantly hooked and proceeded to go home and throw all my Nazareth, UFO and Aerosmith tapes out of the window (actually I just recorded over them). The B52s led to the Talking Heads, Elvis Costello, The Weirdos, The Germs, Black Flag, etc. Once the New Music floodgates were opened they could not be closed. How could anyone go back to the boring sounds of dinosaur rock when all this New Wave stuff was virtually exploding all around. Fast forward a few decades...

Last night I had another one of these "self realization light bulbs" go off in my head. For years my favorite cars have been the "chiseled" looking 1966-67 Dodge Coronet & Chargers (you can see my 1966 Charger under construction at http://www.go-charger.com) I have been an avid Mopar (Chrysler Dodge, Plymouth,etc) guy since I was 12 years old and first saw the movie Vanishing Point on TV. Watching that white Dodge scream across the screen really changed my life. My first car was a green on green 1970 Dodge Challenger. I loved that car, but eventually sold it to buy my first electric bass and amp- changing my careers from wannabe automobile designer to wannabe bass player overnight (that change of mind was initiated from the B52s encounter mentioned above). Before I fell in love with the first generation Chargers I had always had a soft spot for 1966 Ford Thunderbirds. This goes way back to 1983 when Francis Ford Coppolas "Outsiders" came out- showcasing a very cool red '66 T-Bird convertible. Anyway as you can see by the pics, '66 T-birds and '66 Chargers have the same chiseled sides and similar styling. In fact the Charger was proposed as Dodges answer to the growing personal luxury car market (Thunderbird, Riviera, Tornado, etc) putting it in direct competition with the Thunderbird. Later as the Muscle Car wars began heating up, the Charger nameplate became more synonymous with balls out power than the luxury car market. Anyway I was looking at the two cars and doing a little internet research when I discovered that Elwood P. Engel had been with Ford design studios before he became Chrysler's V.P. of design in 1961. So he was responsible (one way or another) for both cars! That was the missing link. It was Engel's design styles and directions that I was in love with. Mystery solved.
Posted by D.A. Sebasstian at 3:09 PM